The Apple and Samsung flagships do battle

Apple’s latest flagship phone, the iPhone 12, is also the first device from the company to support 5G connectivity. Samsung’s Galaxy S20 on the other hand was one of the first of its new flagships to bring 5G to the table. We take a look at how the best new iPhone compares to the best phone Samsung has to bring to the table, evaluating their design, display, performance, camera capabilities, software, and more to help you decide which to get. 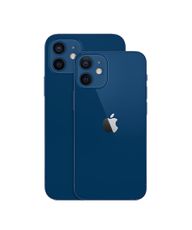 View On Apple View On Verizon View On Att.com 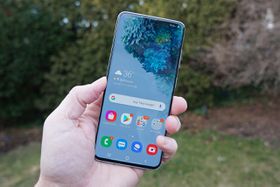 View On Amazon View On Best Buy View On Samsung

The iPhone 12 departs from the iPhone X design by replacing the bulbous sides with a flat aluminum frame that has more in common with the retro iPhone and 5s. The phone has a variety of color options like blue, green, black, white, and (Product)RED. The back glass is slick and matches the color of the metal frame. The phone is just 0.3 inches thick, making it easy to manage despite the 6.1-inch display. It supports IP68 water and dust resistance and omits a 3.5mm headphone jack.

Speaking of the screen, you get a 6.1-inch OLED screen with a 2532x11170 resolution. It works out to a crisp 460ppi and benefits from the brighter color contrast and dense blacks the panel technology is known for. It can hit 625 nits for high levels of brightness. The only downside is that it’s a 60Hz screen, so you won’t be able to take advantage of the faster refresh rates of many Android phones.

The Samsung Galaxy S20 has a design that should be largely familiar to most Samsung users. It has an edge-to-edge screen, a glass back, rounded sides, and several color options to add a bit of flair. The dimensions are compact enough to make it easy to hold with one hand, albeit it’s slightly on the slippery side. The phone is IP68 waterproof like you’d expect and doesn’t come with a headphone jack, though it supports a microSD card slot unlike the iPhone 12.

The screen is a gorgeous 6.2-inch Quad HD AMOLED display with an incredibly sharp 563ppi. Colors are bright and saturated, sporting HDR10+ for improved dynamic range. Another advantage it has over the iPhone 12 is the higher 120Hz refresh rate, giving it smoother scrolling, transitions, animations, and action-oriented content.

The 9 Best Smartphones of 2022 for Everyone

The iPhone 12 has some of the best specs on the market with its new A14 Bionic processor. In benchmark tests like Geekbench 5 it handily beats the Snapdragon 865+ processor found on most of the highest-end Android phones. In day-to-day performance, it’s very smooth and responsive when handling demanding apps and games, and maintained a high frame rate in 3D games.

The camera and video capabilities of the iPhone 12 are equally impressive. It boasts a pair of 12MP cameras on the rear, both wide-angle and ultra-wide. Results are consistently sharp, with well-judged colors and good shots taken regardless of setting. It also works well at night and features 4K recording at 60fps.

The Galaxy S20 has a Snapdragon 865 processor, not the latest 865+, though it still fares well in benchmark tests due to its 12GB of RAM. It can handle plenty of apps and games and tackles multitasking without stuttering or major issues. That said, it will notably have inferior performance placed against the A14 Bionic, especially when it comes to single-core performance.

Like most top-tier phones, the S20 has more than one rear camera. In fact, it has three total with a 12MP standard sensor, 12MP ultrawide, and 64MP telephoto for zoom shots. Image capturing performance is excellent, with sharp images that provide plenty of detail. The 64MP lens can provide 3x hybrid zoom, 30x Super Resolution Zoom, and 100x Space Zoom. The phone can do additional recording in 4K and 8K video.

As you’d expect, the iPhone 12 runs the latest iOS 14 update. It has an excellent selection of apps and games and brings some features to the table like customizable home screen widgets which Android has had for a while. Connectivity is great, with support for both sub-6GHz and mmWave 5G networks.

The Galaxy S20 comes with Android 10 and runs the One UI skin on top of Android. It also has various Samsung apps preinstalled and the Bixby voice assistant. The Galaxy S20 has standard 5G network support, but for mmWave there’s a Verizon-specific model you’ll need that comes with some compromises, including less RAM.

The 9 Best Smartphones of 2022 for Everyone

At $799, the iPhone 12 is $100 expensive than last generation, but you get a lot for the higher price like an improved screen, 5G support, and powerful new processor. At $1,000 MSRP, the Galaxy S20 is more costly by $200, but you’re likely to find it on sale pretty consistently. We’ve seen it at prices ranging from $650-800, making it much more competitive with the iPhone 12.

Apple and Samsung is an old competition, and the result most often is going to come down to use case. The iPhone 12 will be a better fit for people in the Apple ecosystem, people who require demanding tasks from their phone, and want excellent camera performance, and 5G connectivity. Android users will find the Samsung Galaxy S20 to be a better fit for multimedia consumption and general flexibility in day-to-day use.