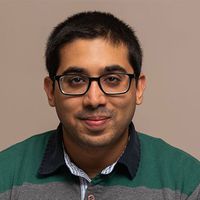 The iPad Air 4 and the Samsung Galaxy Tab S7+ are two of the most powerful tablets you can buy right now in terms of multimedia and productivity. Apple has tended to dominate the tablet market with its various iPad models, while Android tablets are often known better for providing good value. Samsung is the exception to that, with its premium slates that can go head-to-head with anything Apple can offer. We’ve evaluated both devices, taking into account their design, display quality, performance capabilities, battery life, productivity, and price to help you decide which one to get.

The iPad Air 4 is the newest svelte tablet from Apple, building on the design and features of last year’s Air. You get a slate with minimized bezels and rounded corners, similar to the iPad Pro. The home button is removed in favor of swiping up from the bottom. The fingerprint sensor is now combined with the lock button. Last, but not least, the iPad Air 4 has a USB-C port in place of the Lightning port, putting it on the same level as iPad Pro series and allowing you to use a variety of USB-C accessories and dongles. The tablet is also designed for use with the new magnetic Magic Connector, letting you sync and charge the Apple Pencil and connect the Magic Keyboard.

The display consists of a gorgeous 10.9-inch Liquid Retina display. At 10.9 inches it’s slightly larger than the iPad Air 10.5-inch panel, but it has the same resolution and pixel density at 2360x1640 and 264ppi. The screen is crisp and bright at 500 nits and looks great even outdoors resulting in sharp text, graphics, and media content. One important thing to note though is that the display isn’t high refresh and doesn’t support standards like HDR10.

Despite being an Android slate, it’s possible to see some common design elements between the Galaxy Tab S7+ and iPad Air 4. Both make the bezels as narrow as possible, remove any buttons from the front of the device, and push the buttons off to the side. The fingerprint sensor is in-screen, though registers a tad slow. Like the Air 4, the Galaxy Tab S7+ is designed to work with additional accessories like Samsung’s Book Cover keyboard and S Pen.

The screen quality of the Tab S7+ is one of the best on the market. It boasts a Super AMOLED HDR+ panel with a 2800x1752 pixel resolution. It’s incredibly pixel-dense at 266ppi, and it supports a 120Hz refresh rate making for smoother screen animations, responsive S Pen use, and appealing multimedia. This is a big advantage the Tab S7+ boasts over the iPad Air 4. If your main use is consuming media and productivity, the Tab S7+ is a device without compromise.

The iPad Air 4 is powered by Apple’s new A14 Bionic chip. It’s one of the fastest tablets in Apple’s lineup next to the iPad Pro. The powe4rful processor translates into fast and responsive performance that’s capable of responsive multitasking, productivity, and intensive gaming. There’s nothing you can throw at the iPad Air that will make it choke, and combined with the Magic Keyboard it comes very close to becoming a laptop replacement. Our reviewer managed to run Photoshop without a hitch as well as demanding games like Genshin Impact.

Apple says the iPad Air 4 has 10 hours of battery for general use, like surfing the web on Wi-Fi, and our reviewer clocked it at 12 hours of video streaming. That’s enough to get you through a full workday or a long plane flight before needing to recharge.

The Samsung Galaxy Tab S7+ is no slouch when it comes to performance. It has the latest Qualcomm Snapdragon 865+ processor and a base model with 6GB of RAM as well as an 8GB RAM option. It excelled at benchmark testes, handled running programs like Adobe Photoshop without a problem, and tackled games with ease including streaming Halo 4 through Xbox Game Pass. The addition of the Book Cover and S Pen also turners the Galaxy Tab S7+ into a full-fledged laptop replacement.

Despite the power-hungry screen, the Galaxy Tab S7+ manages solid battery life. Watching videos at reasonable brightness, our tester clocked 14 hours of video playback. That’s two hours longer than the iPad Air 4 and enough to keep you covered for an entire workday or very long trip.

The iPad Air 4, unsurprisingly, runs iPad OS 14, the latest iteration of Apple’s tablet-focused OS. What you get here is a focus on productivity and multitasking features in order to make it a more capable laptop replacement. You can run apps side-by-side, switch between multiple apps, and generally split the screen so you can work on two windows at once. The Magic Keyboard features a full array of keyboard keys and a touchpad. It’s slightly cramped due to the size, but you can work on word processing without a problem once you get used to it. The Apple Pencil allows you to take handwritten notes and translate writing to text, making it particularly useful for students.

The Samsung Galaxy Tab S7+ comes running Android 10 out of the box with Samsung One UI 2.5 skin on top. Like the iPad Air 4, the software is geared towards multitasking and productivity, focusing on turning the slate into a laptop replacement. Aside from running apps side-by-side, you can use Samsung DeX to put the Tab S7+ into desktop mode. This gives you a taskbar, program files, and draggable, overlapping windows for applications. This essentially gives you an experience similar to a Chromebook or the pared-down Windows 10 S. Add in the Book Cover and S Pen for word processing and note-taking, and you get a tablet that genuinely can serve to replace your daily use laptop.

Much of your choice between the iPad Air 4 and Samsung Galaxy Tab S7+ is going to come from the ecosystem you’re already in. Apple users will find it easier to add the iPad Air 4 to their existing mix of devices while Android users will find the Galaxy Tab S7+ to suit them better. Both tablets will do well at multitasking and productivity, though the Galaxy Tab S7+ has a slight edge due to DeX mode desktop experience. As for multimedia, the Tab S7+ wins out again due to its gorgeous HDR+ capable display and 120Hz refresh rate.

Much of your choice between the iPad Air 4 and Samsung Galaxy Tab S7+ is going to come from the ecosystem you’re already in. Apple users will find it easier to add the iPad Air 4 to their existing mix of devices while Android users will find the Galaxy Tab S7+ to suit them better. Both tablets will do well at multitasking and productivity, though the Galaxy Tab S7+ has a slight edge due to DeX mode desktop experience. As for multimedia, the Tab S7+ wins out again due to its gorgeous HDR+ capable display and 120Hz refresh rate.