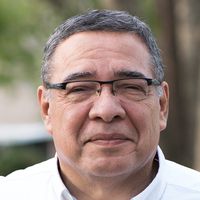 In the second quarter of 2020, AMC Theatres, the largest movie exhibition company in the world, posted a staggering $561M loss as most of its movie houses remained shuttered due to the COVID-19 pandemic. Facing catastrophic losses, AMC began looking for alternative revenue sources.

“We could be seeing a change in how we make and market movies,” professor of marketing and supply chain management Subodha Kumar, said in an interview with Lifewire. “Innovations are coming. We are seeing a fundamental shift in this industry.”

Kumar teaches at Temple University’s Fox School of Business. He says streaming services were already making inroads to the theater business before the pandemic, and that trend has now accelerated.

In late July, AMC struck a historic deal with Universal Studios to shorten the exclusivity period from the standard 90 days to 17 for the studio’s films. Now, Universal Studios movies can be released to streaming services in just three weekends.

"People need entertainment during [a] crisis, which is why the streaming services are doing so well.” --Subodha Kumar, Temple University professor of marketing

The ground is already shifting in the movie theater industry, with Disney’s direct-to-streaming release of Hamilton and a planned September release of Mulan on Disney+.

Disney’s foray into direct-to-streaming is significant; last year the company accounted for nearly 40 percent of all ticket sales in North America. Globally, Disney banked about $13 billion.

Donna Langley, chairman of the Universal Filmed Entertainment Group (UFEG), said the agreement with AMC reflects a desire to preserve the industry.

“The theatrical experience continues to be the cornerstone of our business. The partnership we’ve forged with AMC is driven by our collective desire to ensure a thriving future for the film distribution ecosystem and to meet consumer demand with flexibility and optionality,” she said in a statement.

Much of the buzz in the industry centers around what will happen to major films currently in a holding pattern.

Christopher Nolan’s Tenet, a Warner Bros. offering, has been delayed several times, as the studio tries to gauge when movie-goers will return to traditional venues in sufficient numbers.

Temple’s Kumar said even when movie-goers return to theaters, they may face capacity constraints, with many theaters saddled with 25 percent occupancy limits.

“It is going to take years for the industry to recover. There is no precedent for this. We have no benchmark, no economic models to draw from. Traditionally, people cut down on luxury spending during a crisis, but theaters often avoid the full brunt of that. People need entertainment during [a] crisis, which is why the streaming services are doing so well,” he said.

Another challenge for theater chains is the trend of streaming services creating competing, original content, which can be as compelling and have as high a production value as traditional films.

In addition, Kumar predicts that when the theaters come back, there will be fewer chains due to mergers and theater sizes will shrink.

Other factors influence the theater vs. streaming wars, as well, including less of a global audience, smaller chains, and a reduced take at the concession stands.

“The Chinese market, for example, is significant. Movie studios count on foreign ticket sales for much of their revenue. I can see a lot of the smaller theater chains never coming back. And then there is the revenue from concessions. With nearly a third of revenue coming from concessions, this is an area of deep concern. Replacing that revenue will not be easy,” he said.

“When the market comes back, and it will, the theater chains need to do two things: cut down on the size of theaters and figure out a business model that takes into account the expanded role of streaming services,” he said. “Movies aren’t going away. People will still want the experience of going to the movies.”